Cryptocurrency trading for beginners (and advanced): Join our course for free today!

An Introduction to NEM (XEM)

As a fork-out version of the popular blockchain-based cryptocurrency and payment network, NXT, NEM came to fruition in March 2015.

The NEM.io Foundation is a non-profit organization based out of Singapore, and it’s responsible for running the crypto-based company.

In light of the 2015 fork, NEM.io developed a proprietary codebase meant to grow, scale, and increase the speed of its network. NEM now diverged vastly from NXT, developing its own cryptocurrency, called XEM.

Currently, the NEM network is compatible with only one wallet, called the Nano wallet. XEMs aren’t being used as prominently by merchants for payment purposes at the level of bitcoins. However, they’ve grown into holding the 12th highest market cap compared to other cryptocurrencies.

The Current Price of XEM/USD 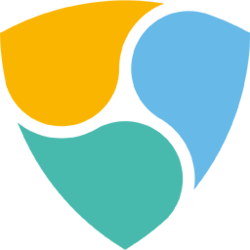 The Importance of Harvesting

The core mission of NEM is to build superior blockchains through the implementation of both its proof-of-importance (POI) and harvesting concepts.

Adjacent networks, such as Bitcoin, apply the proof-of-work (POW) or proof-of-stake (POS) systems. Both models rely on blockchain-based mining tools where rewards are given to miners depending on their work contributions.

Both POW and POS systems have the following flaws:

Whereas the POI mechanism prioritizes the amount of vested interest users have in the NEM system.

NEM has implemented the XEM coins into the wallet. There’s also a holding period to impact the overall gauging of importance.

How Can NEM Be Used?

With NEM, users can interface between public and private blockchains with ease while being able to transfer all digital assets seamlessly. Transactions are executed on a privately held internal enterprise network that’s routed through a public blockchain into another business’s private network.

Generally, people can’t transfer money directly from their Paypal account to a Venmo account. This roadblock can be toppled via NEM’s private-to-public blockchain interface.

NEM had announced its Catapult upgrade some time ago, and it seemed like it would never come to life. Recently, there appears to be new hope with the launch of Catapult tokens. It’s led to the XEM market price jumping 20% up to $0.045.